A97-448 was the last C-130J wearing the light grey delivery scheme…but in August 2017 it succumbed to the sprayguns at Wagga. Here is the ‘before’ profile (circa June 2017) and the ‘after’ RAAF photo. Juanita Franzi Aero Illustrations 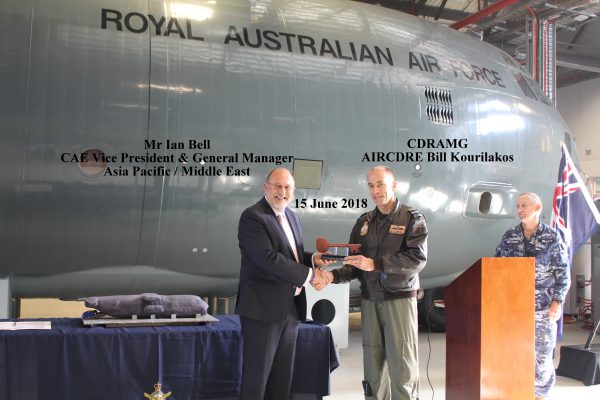 “Our C-130J Hercules are some of the busiest aircraft in Defence, and having a Fuselage Trainer relieves the burden of using a real aircraft to conduct essential training,” said Minister for Defence Marise Payne. “The Fuselage Trainer is an exact replication of the cargo bay and systems in a real C-130J Hercules aircraft, and will provide loadmasters with a purpose-built classroom ideal for training.”

The overall design and development of the C-130J Fuselage Trainer was led by CAE, which included leveraging simulation software from other C-130J training programs and tailoring the development to meet RAAF training requirements. Airbus Australia Pacific provided the physical hardware by using two ex-RAAF C-130H airframes, A97-010 & 012, to recreate the fuselage of the C-130J aircraft, and Lockheed Martin provided consulting services and spare parts used in the production of the fuselage trainer. 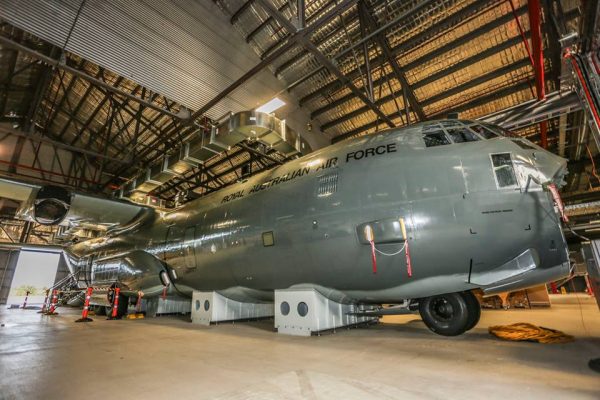 According to the Honourable Christopher Pyne, Australia’s Minister for Defence Industry, the C-130J Fuselage Trainer will play a key role in helping engineers and loadmasters design new load carrying techniques for the Hercules transport.

“The next-generation of vehicles and systems that can be deployed by the Hercules will utilise the Fuselage Trainer to determine what is the best practice,” said Minister Pyne.
“This new C-130J Fuselage Trainer will enhance operational availability of our C-130J fleet while enabling us to provide a safe, cost-effective and realistic training environment for our loadmasters and rear crew,” said an RAAF spokesperson. “In addition, we will now be able to network with our C-130J Full-Flight and Mission Simulator and other training assets to provide full-crew mission training and rehearsal in a virtual environment.”

CAE designed and manufactured the C-130J Full-Flight and Mission Simulator (FFMS) used by the RAAF at Richmond, as well as desktop trainers and instructor tools used as part of the C-130J ground school. In addition, under the Management and Support of Australian Defence Force Aerospace Simulators (MSAAS) program, CAE Australia provides a range of training services on site at RAAF Base Richmond, including academic, simulator and live flying instruction. CAE Australia will now provide maintenance and support services on the C-130J FuT.

“We are pleased to continue our longstanding relationship with the Royal Australian Air Force as their C-130J training partner, and delighted to work closely with Airbus and Lockheed Martin who provided valuable hardware and support that helped deliver this key project for the RAAF,” said Ian Bell, CAE’s Vice President and General Manager, Asia-Pacific/Middle East. “The RAAF continues to be one of the world’s leading air forces in the application of simulation-based training, and this new C-130J Fuselage Trainer is another example of the RAAF investing in new technologies and capabilities to best prepare their aircrews for operational missions and requirements.” 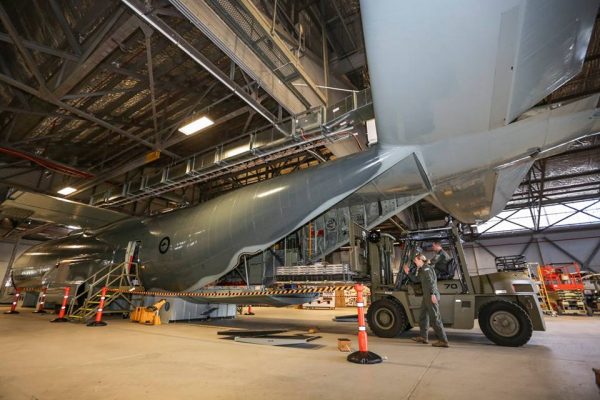 The No. 37 Squadron (RAAF) Association committee pass on their gratitude to Association member #74, Ian “Scooter” Scott for his effort, while in the USA, to pay tribute to one of our ex C-130E pilots, Mark “BOF” Reynolds, taken from us while on exchange posting to the USA..

BOF was the Captain of a USAF C-130H that crashed 29th April 1992 at Blewett Falls Lake, North Carolina, on his last flight before returning to Australia.

Gone, but not forgotten BOF, may you RIP mate. 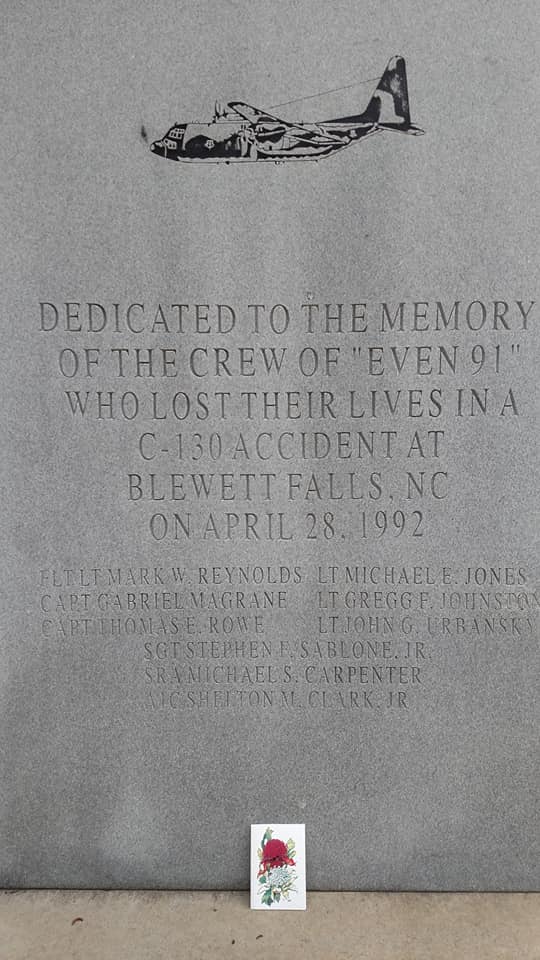